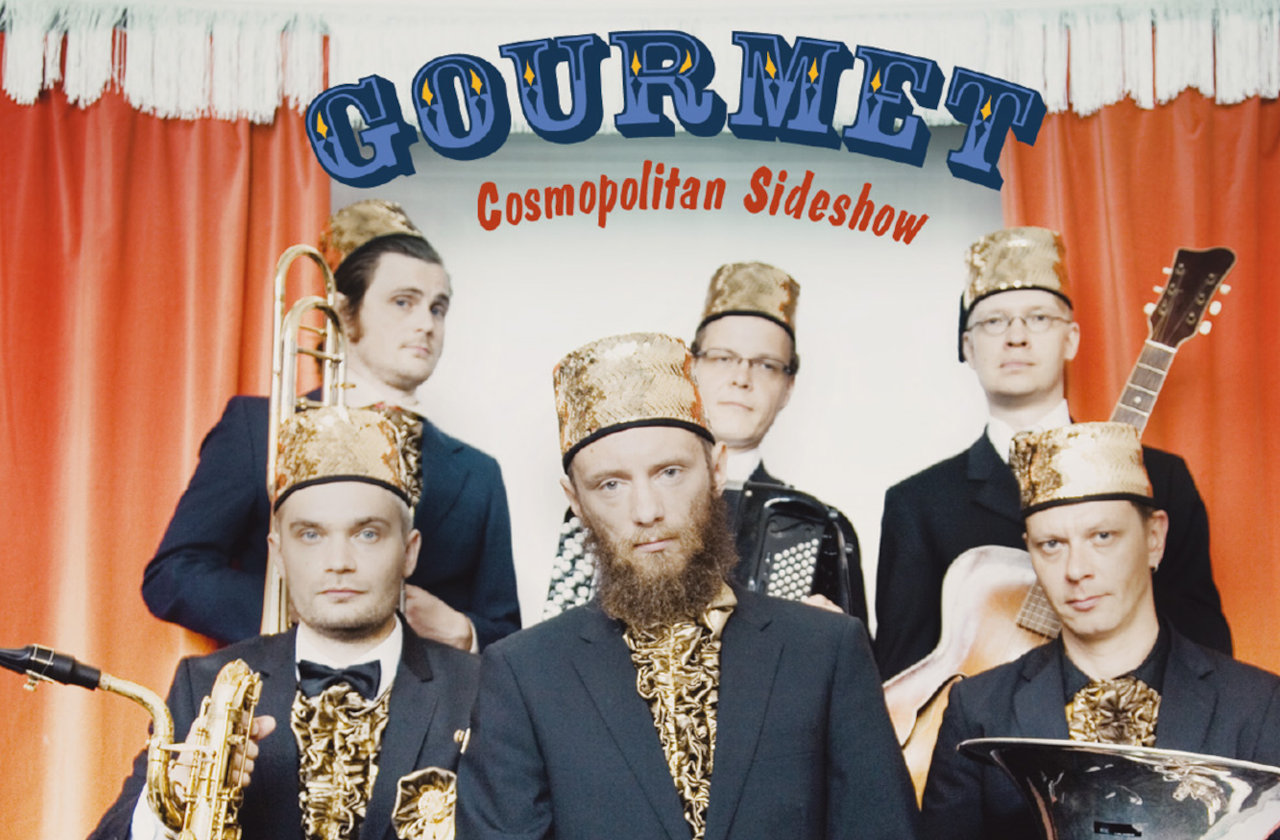 Today marks the 10th anniversary of Cosmopolitan Sideshow, our third album that was released on November 7, 2011.

During the recording of our previous album, 2004’s Six Acres of Broken Hearts, we had found the Magnusborg studios to be compatible with our sonic vision.  Therefore, it was a natural choice to book the same studio with our trusted recording and mixing engineer, Teemu Korpipää.

Cut during two days in April 2011, fifteen tracks ended on the album, including many Gourmet favorites such as Mikko’s The Continental, Chine, 12 points! and Hindenburger Stomp, or Esa’s Jormanuel(le), Vodka and Liechtenstein, a piece too short (17 seconds) to have any royalties ever paid by the streaming services!

For the album cover shot we used custom headwear made by Fiona Timantti for our 2009 performance at the Helsinki Burlesque Festival. The awesome photos were shot by Kerttu Malinen (see also the individual member photos on the website front page). The whole cover art concept was developed by Petra Innanen.

The album received great critical acclaim – five stars from both Helsingin Sanomat and Soundi – and is so far the only Gourmet album that has been nominated for Emma award.