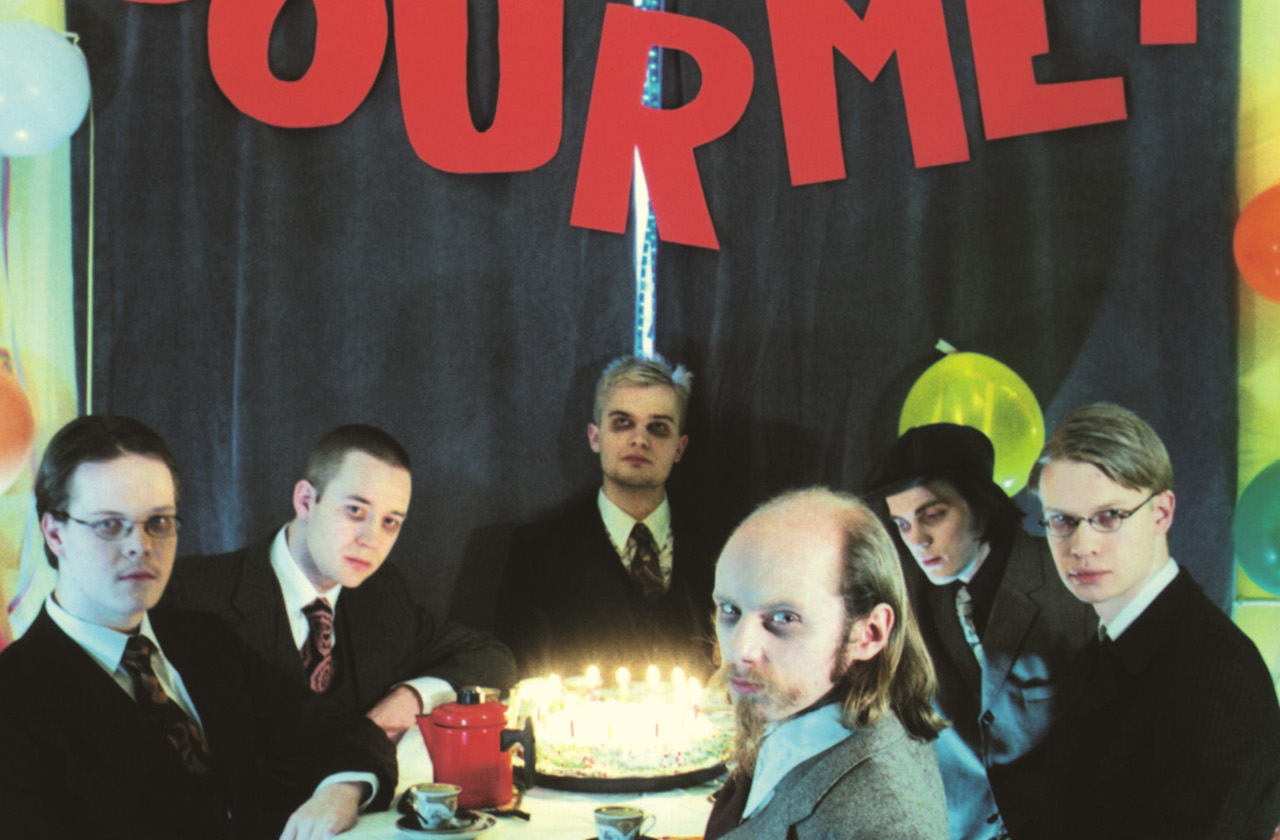 Today marks the 20th anniversary of Glamour & Decadence, our debut album that was released on April 17, 2001.

The album was the third Fiasko Records release, preceeded only by the debuts of Gnomus and Nuijamiehet. It was recorded at Kallio-Kuninkala studios as a result of some sort of horsetrading with the city of Järvenpää. During the recording sessions we were all students and not yet the seasoned studio cats some of us would turn out to become.

We were still searching for our collective and individual voices. As a result the album includes music and playing that would never be heard with Gourmet or in our other projects.

On the other hand, the seeds of the more refined Gourmet sound were already planted with tracks such as Kebab ranskalaisilla, Mihail & Katjuska and Las Palmas.

The album was recorded by the great and fearless Teemu Korpipää. No automation or Pro Tools was used in the mixing, just a plain old mixing desk and a sortiment of external effect devices.

Our aim was to create a unique soundscape for each track. Best examples of the sonic explorations are probably Bela L and Kiduspoika Janus, the latter representing the only ambient-ish sounds on any Gourmet album.

G&D started the custom to cram a lot of tracks onto an album. It includes 16 tracks, while the three follow-ups had 14 or 15. Only our latest album New Habitat breaked the custom by including only nine tracks. How lazy we have become.